Read This: 5 Easy Ways to Learn More about Life on Earth

If you're like me, your continuing education is very important. The past few months I have been delightfully entertained and educated by a series of books I’d like to recommend. I listened to all of these as audio books. My public library offers a service, Hoopla, that makes audio books free and easily accessible. Hope you have as easy access as I did. 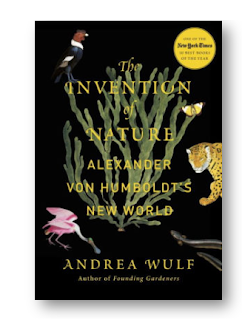 The Invention of Nature
Andra Wulf
I had heard of Alexander von Humboldt (1769-1859), probably during my years living in California, where a county and a college, among other locations are named for Humboldt.  Considering the significance of his work and his reputation during his lifetime, it is shocking how few people know about him today. (There is an explanation for that in the book.)

The late 18th and early 19th century was a era of great exploration and Humboldt was certainly an adventurer. He spent years traveling, climbing volcanoes in South America and extensive study of ecosystems in most parts of the world. He was considered the most famous scientist of his age).

What fascinated me most about his work was his radical (for his time) vision of nature…as a complex interconnected force that did not exist solely be used by man. By traveling all over the world and making copious notes, artwork and observations, he was able to identify similar eco-systems in far flung locations. He is called the father of environmentalism but forgotten as such because his ideas became so mainstream. Humboldt was also an amazing generalist in an age when that was still an option. He predicted climate change and was also a very vocal opponent of slavery and colonialism.

He was a prolific artist and author. His drawing below is of the volcano Chimborazo in South America, linking plants to altitude.

Please read this book, it is enlightening to get insight into a life so fulling lived, influencing so many.

Major takeaways: One extraordinary person can change the world. Art was a major component of his work. Art was an essential way of understanding nature as well as the data. 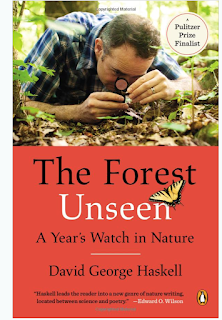 I loved this book so much I wrote to the author mid-listen to tell him how enthralled I was with his work. Didn’t hurt that he references mandalas and Buddhist philosophy (mandalas representing the universe) at the very beginning, which really captured my attention. Haskell wrote about a very small plot of land in an old growth forest in Tennessee that he visited regularly over the course of a year. His premise, hence his naming his location The Mandala, was that this small plot of land could be representative of the the whole of nature. It is beautifully written and very informative. I spend a fair amount of time in the woods, but compared with his experience, I am always on the run. My time in the woods is about being in the woods which I love, but also to exercise. I was very envious of his patience and knowledge.

Major takeaways: We live in a fascinating world. I wish I was an eloquent as Mr. Haskell. 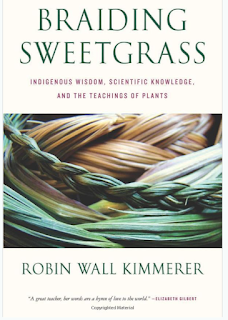 Braiding Sweetgrass
Robin Wall Kimmerer
Kimmerer is a botanist and professor of plant ecology but also a member of the Potawatomi tribe. This audio book was especially enjoyable because the author is the narrator and she has a wonderful voice. Kimmerer does a brilliant job of weaving these two thought traditions, Native American and scientist together as she awakens environmental stewardship. Be prepared to hear the work reciprocity many times. She wants us to remember we are here to give back as well as take.

Major takeaway: Science is about more than data. There are various ways of knowing. 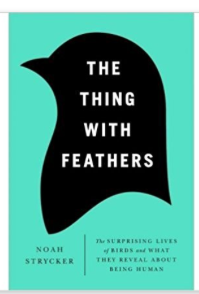 The Thing with Feathers
Noah Strycker


Weird title, but you get that it’s about birds. Birds are very intelligent animals and Strycker has no shortage of stories about birds and some of the incredible things they do. He also manages to incorporate various philosophical discussions into the mix including what is art, in reference to Bower bird structure (yes, look it up) and game theory related of chicken’s pecking order. Starlings have the ability to flock by the millions and nutcrackers can remember where they buried thousands of nuts.  Did you know an albatross has a 12 foot wing span and over a  lifetime travels over millions of miles?

Major takeway: We need to be more respectful of the amazing lives of all creatures. 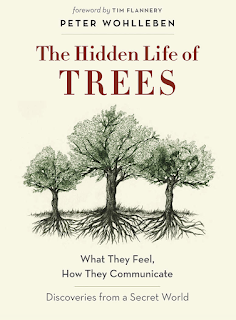 The Hidden Life of Trees
Peter Wohlleben
The author manages to convince us beyond a doubt that trees are social creatures and they actually care for each other.  They share resources and spread alarms of imminent danger. I had thought that the lucky trees were the ones standing alone, not having to fight for sunlight and other resources. Not so, statistically they die earlier. Fascinating information about how trees are constructed to withstand wind, something I witness regularly with our recent violent storms and tornado. When I walk through the woods now I am very curious about their relationships to each other. Which are the parents, aunts, babies? I'd like to hear their chatter!

Major takeaway: Trees are very complex organisms that are much more sophisticated than I imagined.

What are you reading that's changing your life?

Stay turned for information about the cicada life cycle in production and production notes. 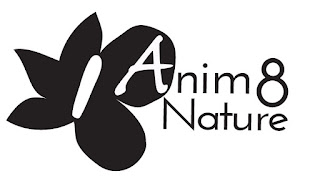 Support our work on our Patreon website. Become a patron and get art in your mailbox.
at June 15, 2018

To Script or Not Script: I have produced 8 short animated documentaries for kids and families about life cycles and I found no necessity f... 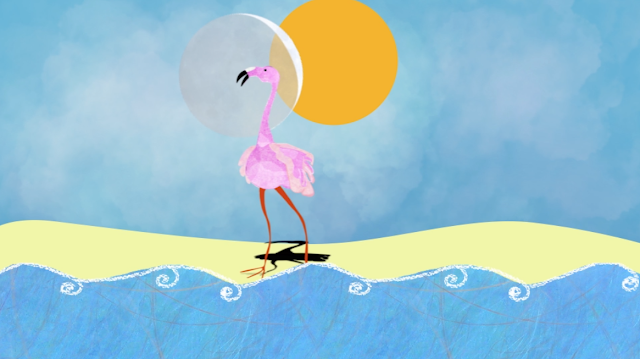 Kristin Reiber Harris
Welcome. I am an artist/animator and media producer. My work focuses on educational media for kids with an emphasis on art and science.